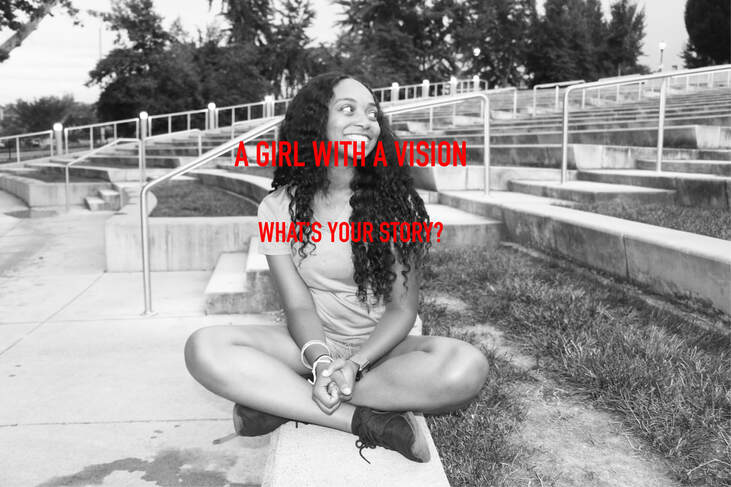 Boom. So, I grew up with a single father and two sisters in Long Island, New York. In the ghetto. Not the projects, but it wasn't Section Eight, but it might as well have been 'cause it was low income housing. So yeah, growing up... I went to school across town, so in a predominantly white area. So, I was one of 13 black kids in my graduating class out of 300... No, my graduating class was 580, so 13 of us black, the rest were white, and yeah. So, growing up I always knew I was different. They all came from money, and yada yada yada, all that great stuff. And I was always just the black girl. So, but growing up I was like, "I don't want to stay in the hood. I don't want to stay in the ghetto." And now that my dad... We moved, so we don't live in the ghetto no more. Well we live in the ghetto, but not in low income housing. So, my dad bought a house my junior year of high school. So, I was like, "Wow. I can... "

I was like, "Wow, I can really escape the hood, OMG." So, yeah, so that kind of changed my mindset once my dad came into, not wealth, but a little bit of coins like, "Oh, okay, it's possible to get out the hood. We don't gotta stay hood rats." And I grew up in the church, so the sense of giving back was already instilled into me, 'cause my family is very devote Christians. So fast forward when I got into college, I was a Poli Sci major, because I was very, and I still am very interested in activism, social activism, social justice, rights for all. 'Cause we aren’t free... Ain't nobody free until we all free. Screaming free us 'til they free us, yeah.

Yes, we aren’t free until we are all free. Free us. [laughter] But, yeah, so I really got into social activism and liberation and things of that sort. But then it kind of transpired into social work and not just helping those in the black community for equal rights, but poverty became something big. And, like I said, growing up in the church, they have those at the Christmas stuff and the Thanksgiving stuff, giving back to people. So that was something I always done, but when I got to college I was like, "Okay, I want to do more." Because there's no reason why across the town you all got white picket fences and my people still building your fences, and we on the bottom of the totem pole.

No, where the money at, though? And your president trying to cut all these social assistance programs, and I don't like that, and... Yeah, so that's how I got into my major now, which is nonprofit management and community development, concentrating... I mean sociology and communications, concentrating in nonprofit management and community development, because I want to go into these under-developed communities, which happen to be predominantly black, because of the social and economic status and racism and prejudice that our country was built upon. Yeah, so it's just not fair, and I want to fix it 'cause we all deserve the same equal opportunities, and that's my story.

Use the hashtag(s) #REACHinRoanoke #whatsyourstory to be featured on our page and to share your story with us!